I was lucky enough to meet Logan’s beautiful rabbit this afternoon – this is not the only one he has, there are another couple, plus a guinea pig. So so cute. 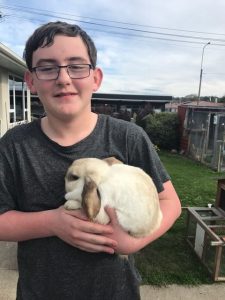 Here is the final picture from the James Hargest sports exchange of Kris.

Kris not only helped the OIS chess team to a convincing win but was also part of the winning soccer team – this was amazing because OIS had never beaten James Hargest in soccer until yesterday. The final score was 6-2. 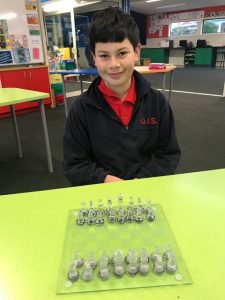 The OIS rugby team did a great job of beating James Hargest – the final score was 99 – 7. Here is Sam kicking yet another conversion – the next Dan Carter?

Unfortunately James Hargest had a few injuries so Ben ended up playing for them which is so commendable. Here is an amazing tackle he made on Jakob – it was so awesome to see because he could have easily have given up, but he didn’t and he nailed it. 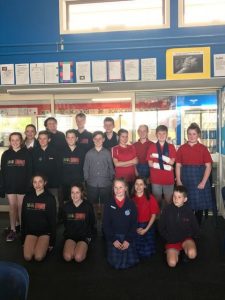 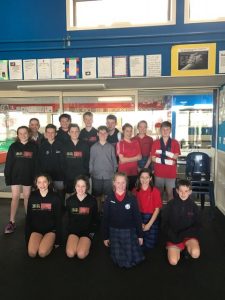 Here is the quiz teams that battled through 6 rounds of very tricky questions. James Hargest just pipped our team at the post. Seannah, Dylan, Jack, Thomas, Larissa, Georgia, Ivy and Ben O’Sullivan did a great job.

The sports exchange is now underway – here are some short clips and pictures of Room 5 and other OIS students being involved. Unfortunately I couldn’t be at everything so I did not get to see the volleyball, touch or swimming.

Seannah was our only participant in the school choir. They sounded amazing.

Jorgia and Alex played basketball – unfortunately the score did not go our way.

Three room 5 students were involved in the Harriers – Seannah, Georgia and Hamish. They all ran well and completed the race.

Every year Oamaru Intermediate competes in a sports exchange against James Hargest College from Invercargill. This year, they have travelled up to us. Here are some videos of the powhiri that we performed today. I was super proud of our school – let’s hope we can win back the shield.

Mr Botha did a fantastic job of the whai korero – especially considering that he is from South Africa and has only been in New Zealand for a year. Ka pai Mr Botha – ka mau te wehi!

This week I want you to choose between the following to add a post to your blog:

As always, when you are publishing, you need to pay close attention to spelling and punctuation. Remember there is a big audience who reads your writing. Therefore, you need to make sure you are reading over it and checking that your message is clear.

This afternoon we were lucky to have WBHS choir come to perform to us. The sound was amazing and it was great to see so many of our past students including Lance Schaffer who is now Head Boy at WBHS. Check out these short videos of some of their performances.

While all the boys (well most of the boys) were at Waitaki Boys High Orientation  morning this morning, we had  a go at ‘Genius Hour’. The girls were able to choose anything they were interested in to explore. The only rule was that they had to have something to share by 12pm. Below are the videos that were created, one science experiment and some baking that Jordan and Jennifer did – yummy hokey pokey. 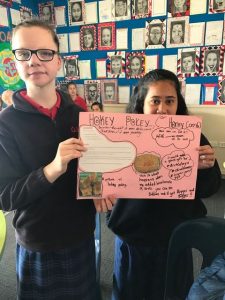 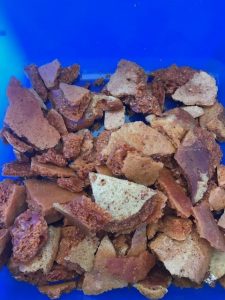 Yesterday we started our new unit called ‘Fair Go’. To get us thinking about consumer and producer rights and responsibilities we began by making bubbles. What is the connection? Well, first each group had to earn enough money by picking up rubbish around the school to purchase the equipment needed to make the largest bubble – there was a prize up for grabs.

However only 4 out of 6 groups were able to make bubbles. This was because 2 groups had purchased faulty goods – unfortunately Mrs Campbell’s shop had a sign that said ‘No refunds or returns’ so they could do nothing about it. We had a lot of fun trying to create the bubbles and then had a very good discussion about how this experience related to our new topic. Here are some photos of our experience. 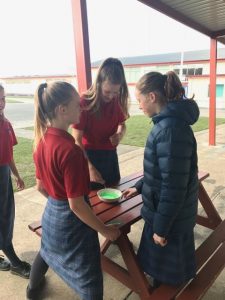 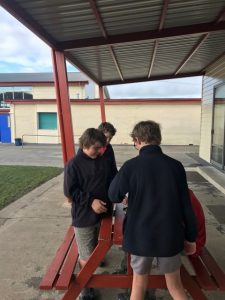 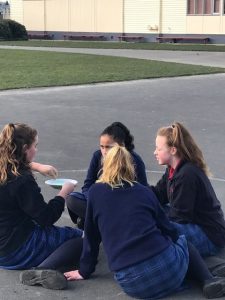 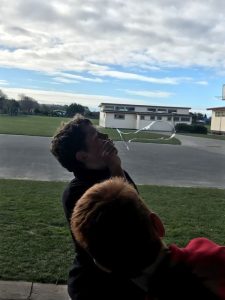 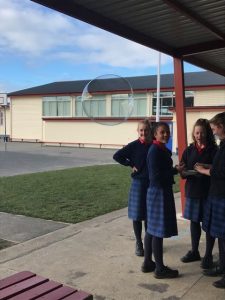 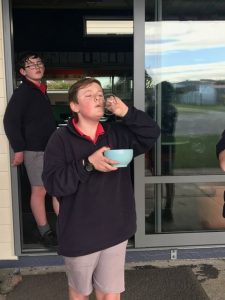 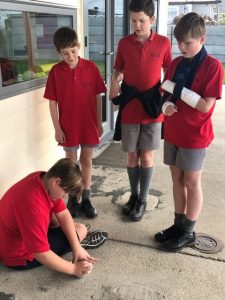 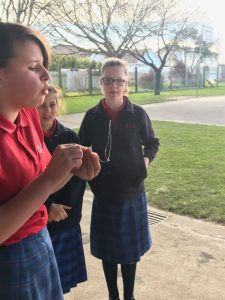 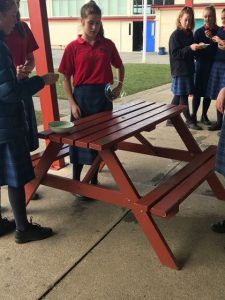 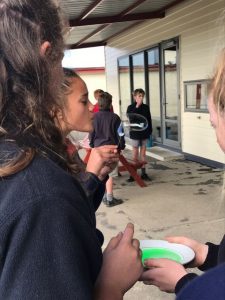 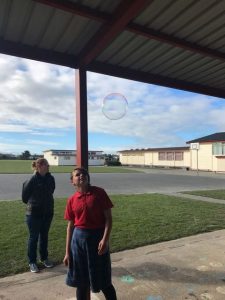 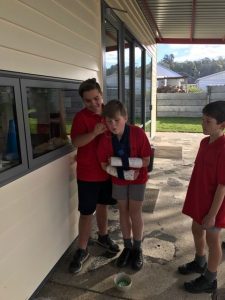 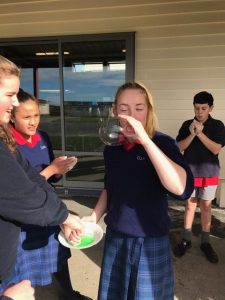 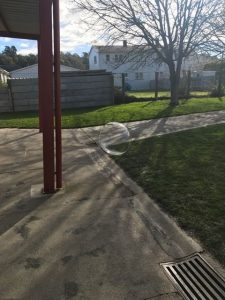 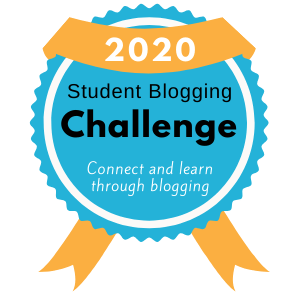